Aussie Vinyl Record Guide, the largest and most comprehensive book of its kind to be released in Australia. It has been 40 years in the making, 15 years to be compiled and this project has been driven by one of Adelaide’s largest private collectors of vinyl and music history.
It’s not only a catalogue of numbers and dates but a definitive catalogue of music released by the bands and artists who moulded the shape of the music industry all over the world for over 70 years.
It’s their history and with each publication it can be preserved in a unique way and it can now become part of your history as well. 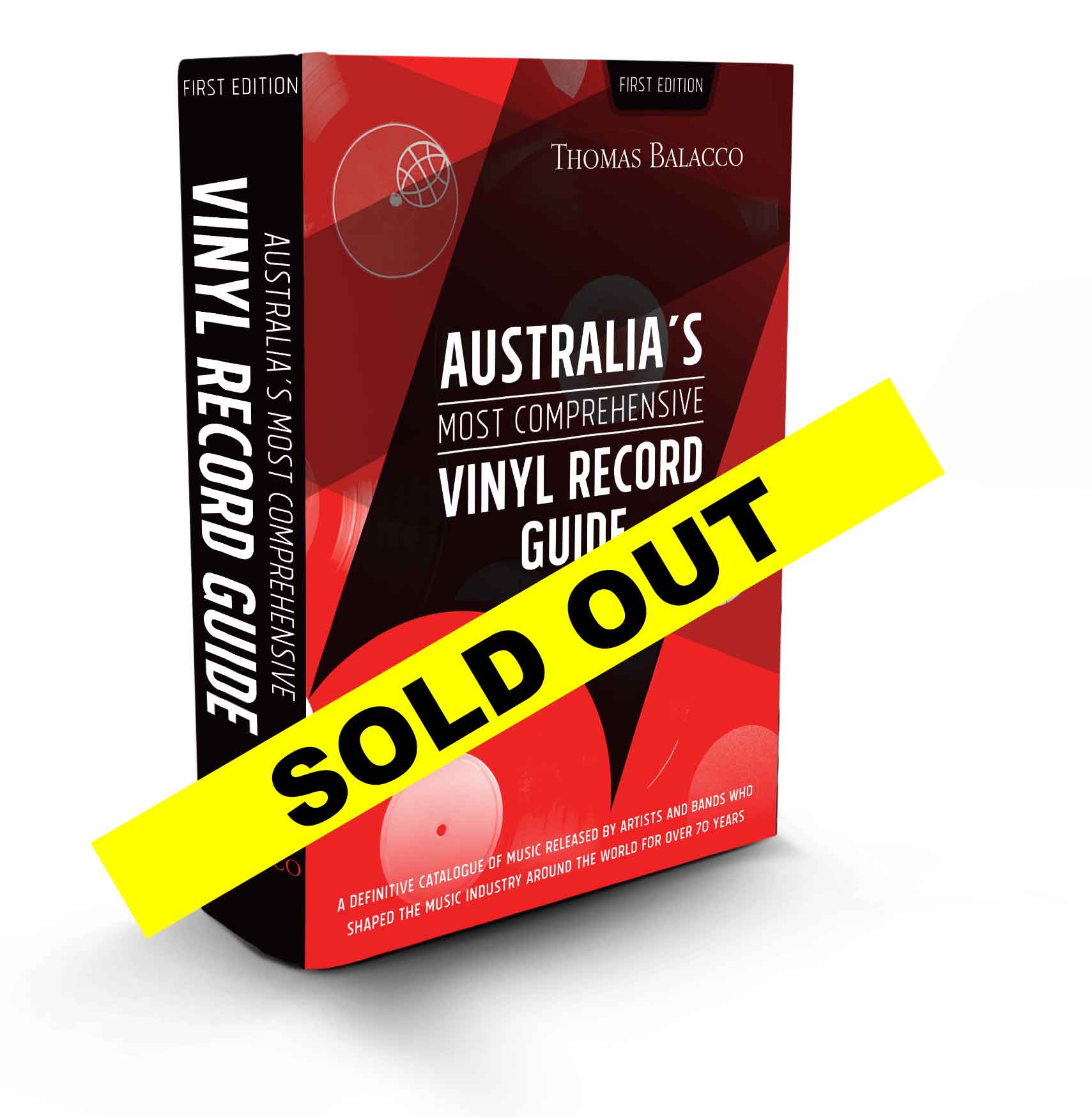 The aim of this book is to list and value collectable records released only in Australia from 1920-1991.
The book includes artists from Australia and Overseas that released records in Australia on vinyl singles, EP’s, LP’s, 78’s and Cassettes, not to mention Samples, Promos, Limited Editions and Test Pressings.
As a whole, the book is diverse and thorough, covering many genres with over 75,000 entries, over 18,000 artists on over 1,000 record labels. Despite the great number of independent and custom releases, I have documented as many bands and singles as I could find.
The response to the idea of having our Australian version has been tremendous from collectors, friends and fans alike, which contains a very large amount of home grown artists. Many Australian artists over the decades have in fact had releases overseas with varying success and the results can be seen in overseas publications such as “Billboard Charts” in America and “Guinness Charts” in Britain. Those who were successful may find their releases in the overseas Record Guide publications but most do not get a mention.
Arguably, many homegrown releases that made it on the Australian Charts through the sixties, seventies and eighties, are some of the best pop/rock songs ever to come out of Australia. Even 30-40 years later, they still can be heard on Australian radio today.
Vinyl is also making another comeback on another front with artists nowadays deciding to release their latest albums on vinyl, new and old artists selling vinyl releases at concert merchandising stands and record companies now re-releasing albums from decades gone by on new vinyl.
I hope you get a lot of enjoyment out of using this book, as much as I’ve had fun compiling this book. I’m sure you’ll be saying at some stage, “I didn’t know he released that” or “I didn’t realise they recorded with that artist”, because I know I did as I was compiling all my research.
No matter what your taste, this is an essential work of reference for any music fan or collector.